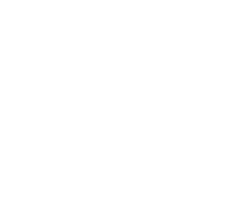 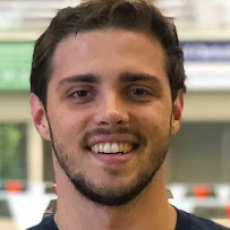 Request Ilya for a swim camp!

The minute Ilya Evdokimov touched down in Ithaca, felt the campus’ late summer dew on his flip flops, and tucked that Big Red swim cap under his arm, he realized the dream. Securing a spot on Cornell’s swim roster had once seemed unattainable, but Ilya was a new athlete. Better yet, in the next four years, he would make Ivy League swim history.

“At my first-ever practice, I was scared to take the swim test. The deep end freaked me out,” Ilya laughs, “I sat around and watched all the other kids, but at the end, I was determined to make it 25 meters.”

It was no indication of what was to come (except for maybe his ultimate bull-headed effort), as Ilya’s second introduction to swimming set his passion aflame. Moving from Russia to the States just before middle school, Ilya found it difficult to focus on sports in his pre-teen years. Once he progressed to high school, however, the urge set in, and the rest is history. 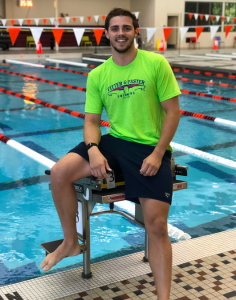 I remember the [high school] coach being very hesitant to let me on the team, but she finally agreed once I convinced her I knew all four strokes. After my freshman year, I really decided to commit myself. Somehow, I found myself in a position where I was able to be recruited by colleges.

But it was no stroke of luck, as Ilya might have you believe. A dedicated student-athlete, Ilya made up ground on his peers in the sport with nothing more than an insatiable drive. With little knowledge about the recruiting process, Ilya sought the help of his friends and coaches before a breakout senior season–when the emails started flooding in.

And he landed at one of the country’s most highly ranked universities, etching his name in Ivy League swim history. Now, he wants to help others realize their own dreams.

“I want to teach my swimmers as much as they want to take in. I like to see them excited about the sport, hanging onto every word.”

According to Ilya, backing this passion with “free speed skills” is the recipe for success.

“I like to dial into the easy fixes–clean up starts, turns, and transitions, the things you might not think about training every day. Of course, as a breaststroker, I have some pretty detailed critiques when it comes to stroke work, too.”

Most of all, over just one weekend, Ilya hopes to train his students to be confident and adaptable athletes, translatable skills that he believes will serve them the rest of their lives.

I’ve always been a taper swimmer, so in season, there’s always that challenge of not seeing your times where you want them to be, but over time, you learn that everyone is different in terms of training and competing. That’s what I try to tell my swimmers–don’t focus solely on the challenges you face over your seasons and careers. In the end, you have to trust the process. 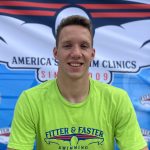 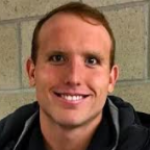