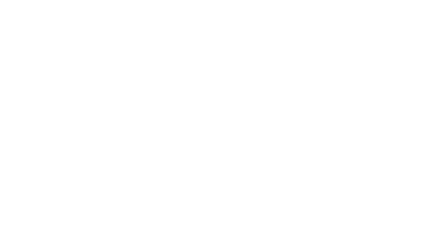 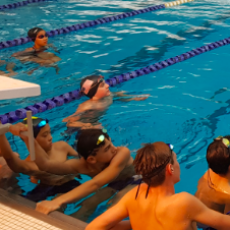 Commissioner of New York City High School Varsity Swimming Teams for the PSAL in all five boroughs
Has been coaching at the middle, high school, USA & collegiate level for over 10 years

Request Bobby for a Swim Clinic

Bobby Warren’s recollection of his first swim practice may sound strikingly familiar to most swimmers. There was the neon yellow Hollister swim suit, the uncapped free-flowing hair, the daunting expanse of the 25-yard lane stretching endlessly before him. Except for Bobby, this isn’t such a distant memory. In fact, this describes his first college practice!

I was attending a meeting in college when one of my friends who was on the swim team convinced me to join, and I became addicted right away. I ended up transferring to Queens College for my last two years, where I swam and played water polo.

Bobby hasn’t stopped since. Claiming he “did things in reverse,” Bobby has spent his entire adult life immersing himself in the sport. Immediately after graduating, Bobby began coaching on Long Island, moving on to coach high school, club, and college teams alike before becoming the commissioner of New York City schools swimming and diving.

My true passion is teaching. I’m a teacher; I teach physical and health education in New York City. Working with kids is second nature to me, and I love helping them and seeing how happy they are when they fix something and get better.

While Bobby found his calling in igniting young swimmers’ love for the sport, he doesn’t mourn his late introduction to the swim world. In fact, it’s something that helps him connect with participants.

Because I went through the whole swim experience later in life, I think I’m able to relate to the kids more easily. It’s a more recent memory; I remember feeling what they’re feeling not that long ago. I’m still curious and learning, too, and I still swim. I’m working with other clinicians, reading magazines, watching videos, and I’m trying the things that I teach in my clinics.

Emphasizing the importance of sometimes neglected skills (such as how to maintain the perfect streamline), Bobby likes to work from the “periphery” of races before shifting to discussions of stroke mechanics. Now a seasoned veteran in the field, Bobby also understands his role as a mentor, something he takes very seriously in his day-to-day life.

I’ve had this conversation with so many parents because it’s so important; I know better than anyone that those first few years in the sport are so critical. Ever since I got in that pool and did that first 25, I’ve been hooked, but a lot of that had to do with a coach who invested in me; he was family. One coach can ruin a kid’s outlook on the sport, so it’s so important to have mentors that make it all worth it. If I hadn’t had that first coach, my life would have taken a completely different trajectory. I saw what he was doing and how much he loved it; I realized that’s what I wanted.

Not only will Bobby teach swimmers how to get their hands on the wall first, but he will also use his mature lens to be an empathetic role model, one that cultivates his swimmers’ curiosity and passion for the sport. 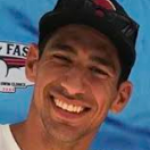 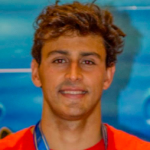